Criminal defense attorney Anne Bremner appeared on the Starting Point segment on CNN this morning to discuss the conflicts in George Zimmerman’s account of the Trayvon Martin shooting:

For those that missed it (it was on at 7:00 a.m. this morning), a transcript from the segment:

Soledad O’Brien: To me it seems like right there he’s admitting, he said running to the dispatcher, but he wasn’t running. Is that problematic? I mean, you know, in a court?

Anne Bremner: Absolutely. “I said I was running but I really wasn’t running, I was just kind of next to him” He needs to say that now because of the Stand Your Ground law because you can’t run after somebody and then stand your ground and use deadly force. And you can simply stand your ground when someone’s attacking you, don’t have a duty to retreat, so, and it’s also an issue before the jury trial. A judge can just decide this issue in Florida. So it’s huge. And obviously he’s talked to his lawyer, and he’s got to be careful about what he says, about whether he followed Trayvon Martin because it’s the pivotal issue, pretrial and if it gets to a jury trial.

Soledad O’Brien: But his attorney says they may not use Stand Your Ground, they might just use a basic Self-Defense. He’s another chunk of the interview with Sean Hannity, where they, and he has, before you hear this chunk, he’s described in pretty great detail about the fight and the wrestle for the gun.

Sean Hannity: Tell us about that.

George Zimmerman: Um, at that point, um I realized that it wasn’t my gun. It wasn’t his gun. It was the gun.

Soledad O’Brien: I felt like there was some point that he was trying to make but I wasn’t sure that I fully understand it. What message was that supposed to be about, “not my gun” but “the gun”.

Anne Bremner: Well, exactly, and keep in mind in his first court appearance he said he didn’t know whether or not Trayvon was armed. I thought that was a statement he should never have made. Um, but that aside, I think he’s trying to talk about that there could have been a gun there, now he’s saying that. I mean, it’s difficult for him to make these inconsistent statements on the air and in court, and then he’ll have to face them in trial again, like I said. But I think he’s trying to say I had to use deadly force, “the gun”, uh, in person, kind of detach it from himself, um, and maybe attach it to Trayvon Martin. But then also to talk about how he feared for his life and he had to use deadly force, and it was, I guess, how it was “God’s plan.”

Soledad O’Brien: Uh, right. Which was his words. He sort of walked that back later a bit later on in the interview. Um, you said Stand Your Ground then he, they talked a little bit self defense, or his attorney Mark Marrow who was in that interview, as well. What’s the difference in terms of, how difficult, or, uh, it will be to convict him of, uh, manslaughter, let’s say?

Anne Bremner: Well self defense basically, and you have a right to self defense in this country, and it basically means that if you’re threatened, with deadly force or what you perceive to be deadly force, you can use deadly force. And Stand Your Ground is part of that, and if I were his lawyer I would definitely use it, if the facts warranted it because it basically says you have no duty to retreat. If someone’s attacking you, you don’t have to run away. You stand your ground and you can use the amount of force you need, whether it’s in your home, whether it’s out in the street, or anywhere else, to defend yourself. And so he’s basically got to use both. We have it all over this country, it’s by statute in Florida, but it’s a strong law that I would use as his lawyer. And self defense, only two people know what happened there, and one of them didn’t live to tell the tale. 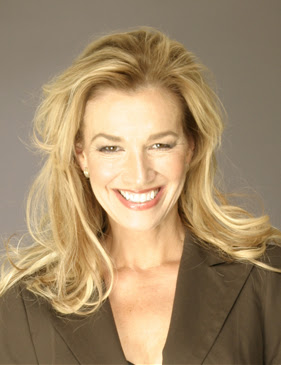